When I’m not being a geology nerd and using our excellent microscopy facilities for work, I’m also a keen amateur archer.  Most of the time I’m probably better at petrography than I am at archery.  However, now and again I have a good day and can shoot arrows into something resembling a good group.  On a really good day I “Robin Hood” myself and shoot an arrow into the back of another one already in the target.

The resulting carnage offers a great opportunity to look at arrow construction in a little more detail: 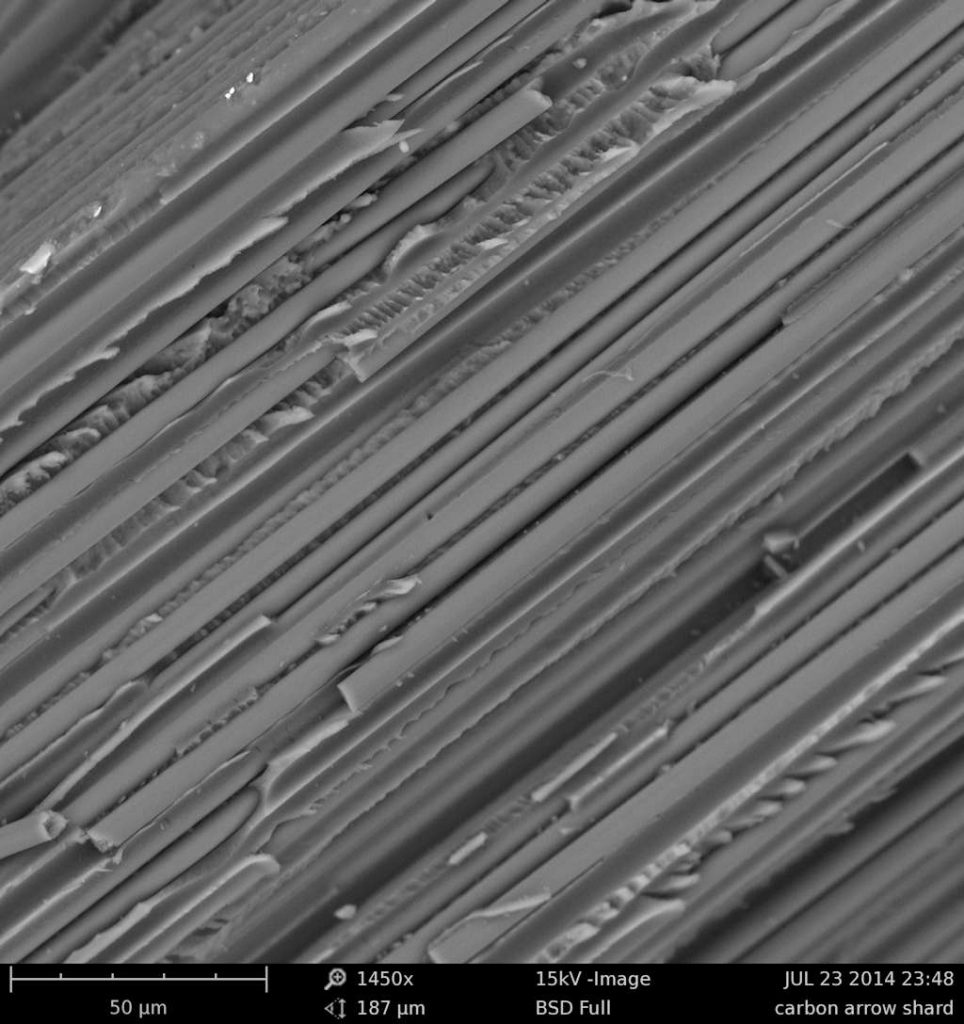 Detail showing arrow construction from tightly-packed, carbon fibres aligned along the arrow shaft.  The carbon fibres are of remarkably (to a geologist anyway) uniform diameter and are bound together with some type of (no doubt,top-secret company-specific) resin. 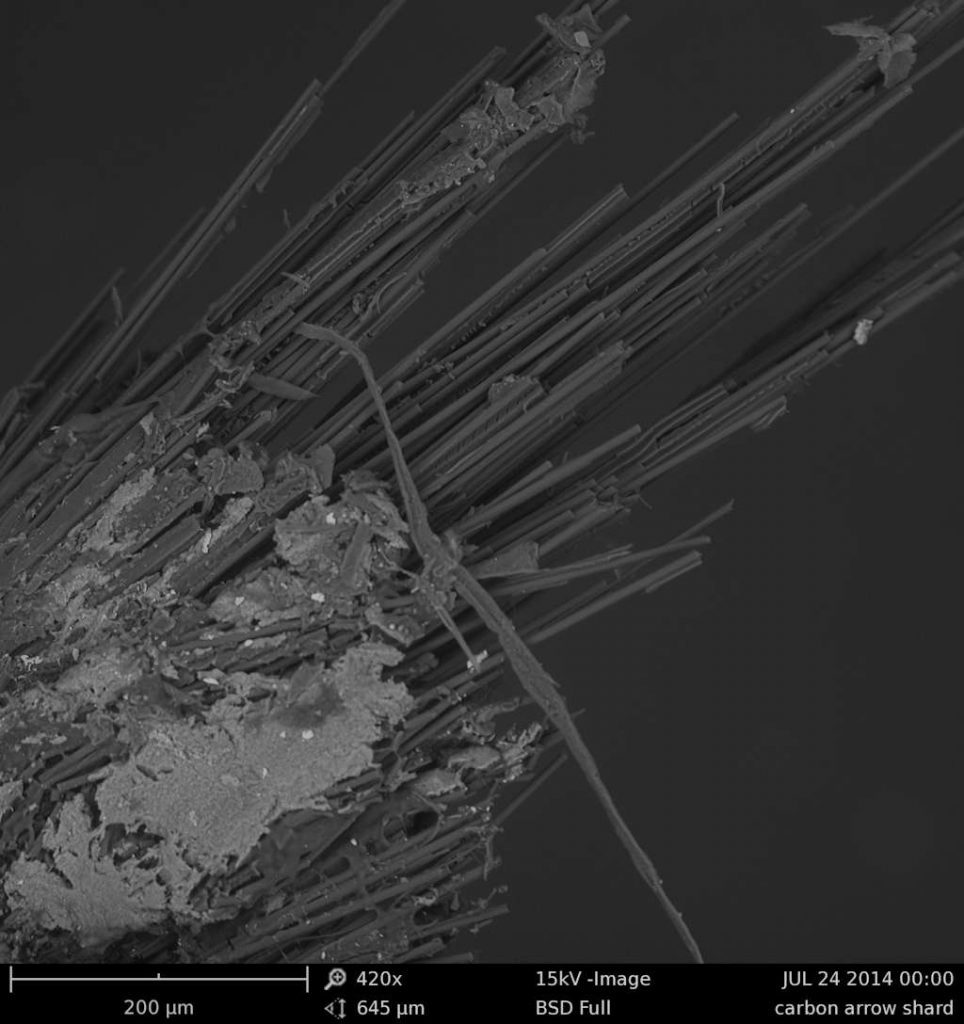 Lower magnification image showing the devastation caused by an arrow impact.  The brighter material is Aluminium from the core of the arrow.  The darker grey material are broken fragments / strands of carbon fibre. 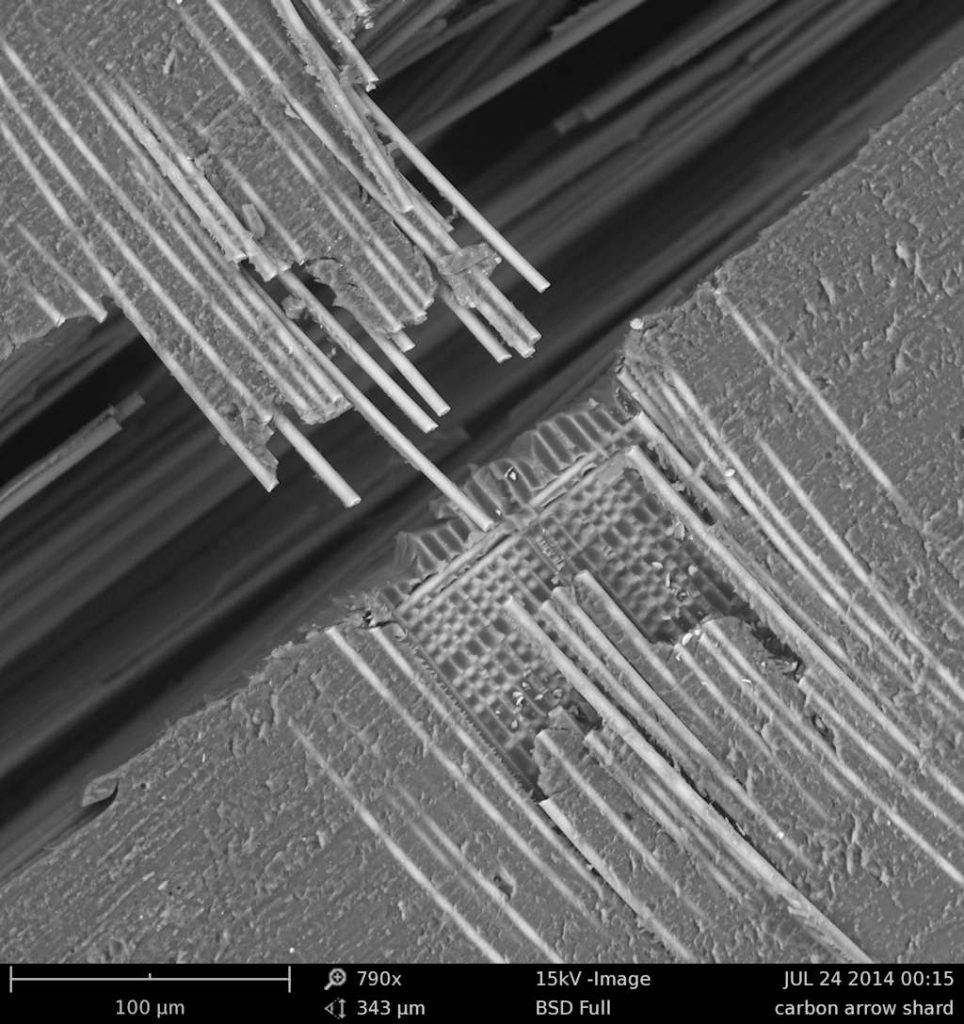