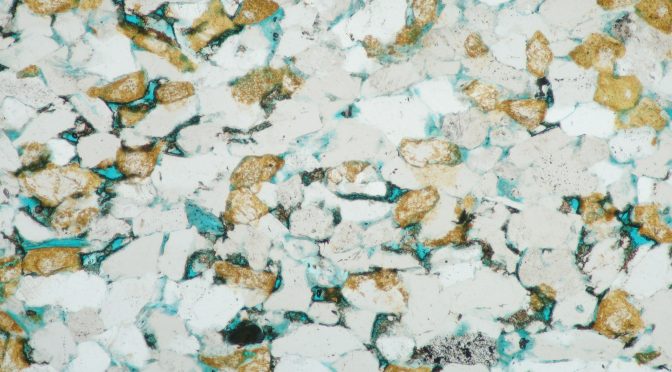 This post in a LinkedIn group that I follow, linking to this article,  got me thinking a bit about wettability.  I was struck by the comment that “conventional wisdom says that clays are always water-wet”.   The article makes good use of pretty advanced analysis and imaging technologies to show that this is not (always) the case.   We can show evidence for similar effects using the rather more mundane thin-section petrography, and can add that we very commonly see illite-cements, in particular, that are very heavily oil stained (implying some degree of hydrocarbon wettability) while other mineral surfaces are oil-free. 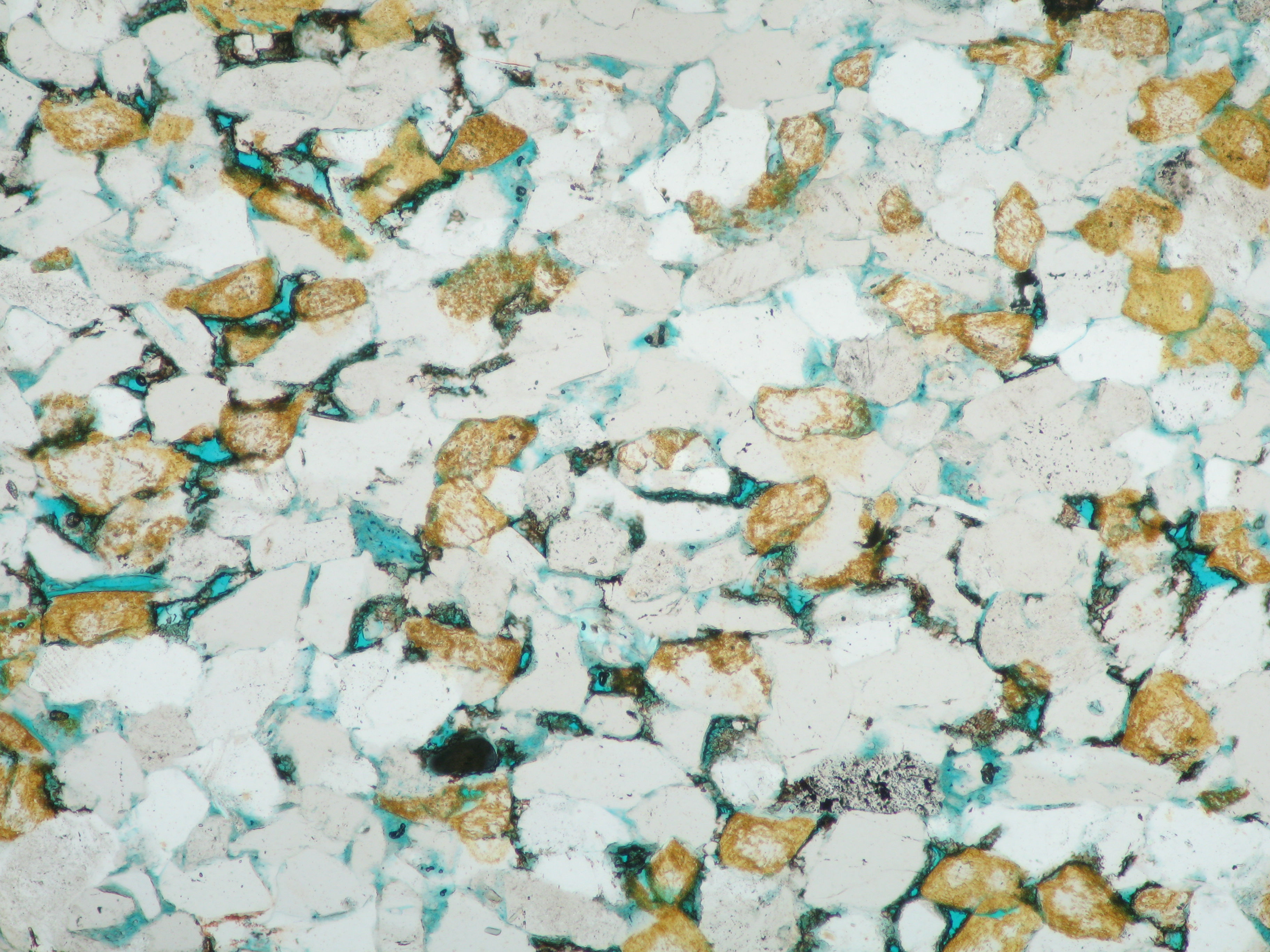 The image shown above (field of view 1500um; plane polarised light), is of a sandstone from a project we did several years ago. In this sandstone, there are differences / heterogeneities in the mineralogy of clays developed at the sub-mm scale, and ultimately in the presence / absence of hydrocarbon staining.

In the patches of the sample with more abundant K-feldspar (yellow-stained grains), illite is well-developed and is strongly stained by residual oil (which makes the clays appear black in the image). This indicates that, at some point in this sample’s history, these pore surfaces were oil-wet. In contrast, in the more quartz-rich domains (white grains), chlorite is the dominant cement, and residual hydrocarbon is absent (the clay has a green-blue “tinge”). It should also be noted, that the largest and most abundant pores (filled with blue-stained resin prior to thin-section preparation) tend to occur in the more feldspathic / illitic domains.

This suggests that, when this sandstone was oil-charged the illite became oil wet, whereas the chlorite remained water wet. In other samples from the same field, both clays can become oil stained.

The more detailed image below (extracted from the photo shown above) shows this relationship in more detail (field of view 565um; plane polarised light). 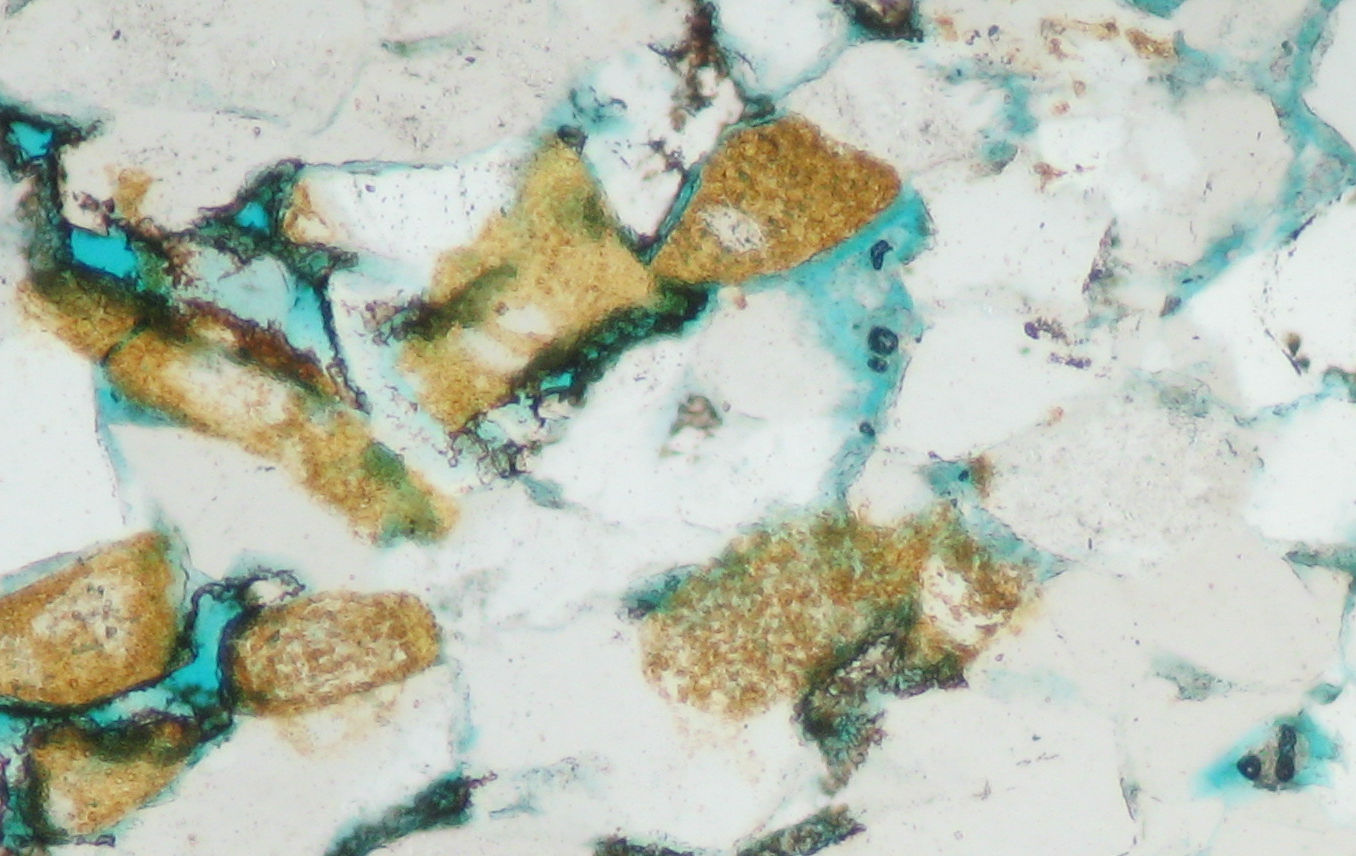